When you stay on the Tuscany Umbria border you have the option to visit both these Italian regions, here’s a brief guide to some the larger towns in Umbria,.

Perugia is the capital of Umbria, it is easy to miss out on thanks to the large amount of urban sprawl below the old city and a one way system that seems designed to confuse the visitor. Negotiating the one way system is easier these days thanks to the widespread use of GPS (I always go to the Partigiani car park). in addition, you can directly access the beautiful centro storico using the Mini Metro transport system (use the large car park near the Madonna Alta exit on the Super Strada). 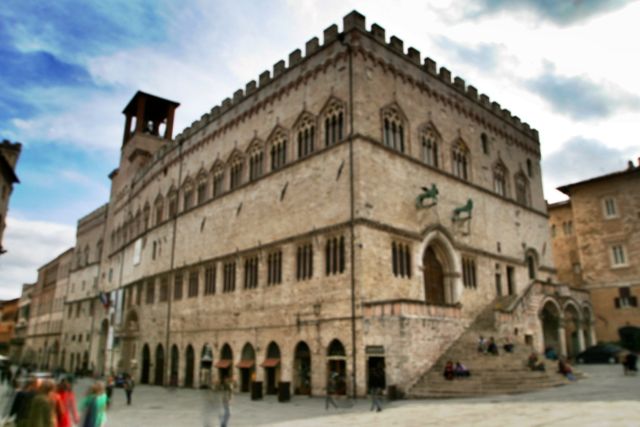 The home town of Umbra’s most famous saint, St. Francis, this town has millions of visitors every year so if you don’t like crowds, go early in the morning or in the winter. The town’s buildings have a pinkish hue because of the color of the stone from Monte Subasio, the mountain behind Assisi. Almost everyone is surprised to learn that the town’s patron saint is not St. Francis but San Rufino, an early Christian bishop and martyr. The Romanesque Duomo, rather than the Basilica of St. Francis, is the church built in his (San Rufino’s) honour. 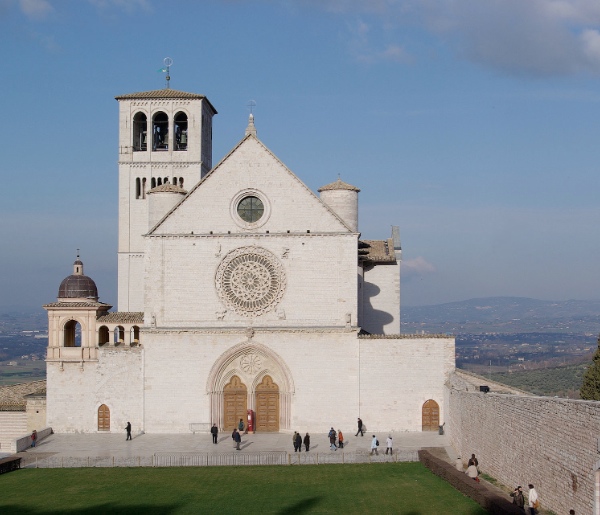 The Basilica of Saint Francis in Assisi, Umbria

A medieval masterpiece of a town built on the lower slopes of Monte Ingino. If relatively small towns like Gubbio could build enormous civic buildings like the Palazzo dei Consoli, medieval Italy must have been a very wealthy place. Gubbio is relatively isolated and this means it is not overrun with visitors – another point in its favour. In recent years a lift (or elevator if you speak American) has been installed in the town making it easy to negotiate the steep streets. The first lift connects the lower part of Gubbio with the Palazzo dei Consoli and a second (not so easy to find) lift goes up to the Duomo. 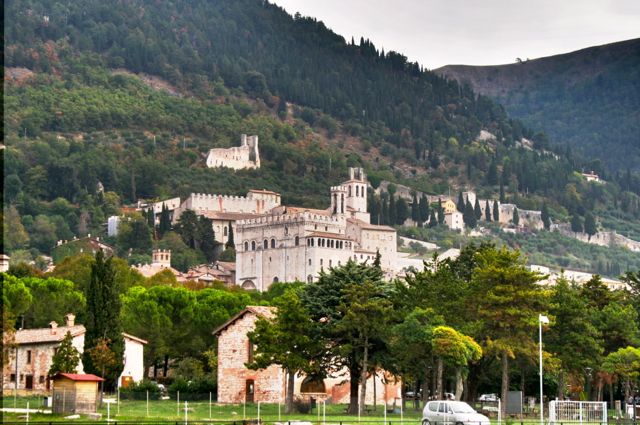 The town of Gubbio in Umbria

A medieval town with Roman origins perched above a wide gorge, Spoleto rose to prominence as the capital of a Lombard ruled duchy after the fall of the Roman Empire. The Duchy of Spoleto lasted from AD576 to 1155 when Frederick Barbarossa captured the town. 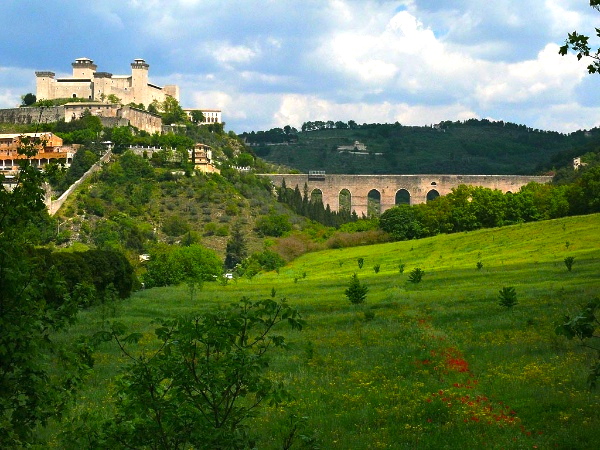 Perched high on a volcanic plug in southern Umbria, Orvieto has one of Italy’s finest cathedrals with some apocalyptic frescoes inside. Originally Etruscan in origin and built mainly from tufa, a  soft volcanic rock, the town has a distinct appearance from other Umbrian towns. 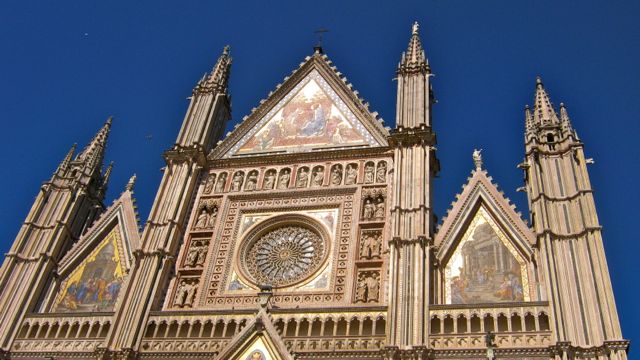 The magnificent facade of Orvieto’s Duomo