A Visit To Assisi

A Day Trip to Assisi in Umbria

Last Sunday we decided to spend the day in Assisi. We started our visit with a great lunch at Osteria Piazzetta dell’Erba and then went for a quick wander around the town, our final objective being the huge Basilica of Saint Francis at the furthest end of the town. 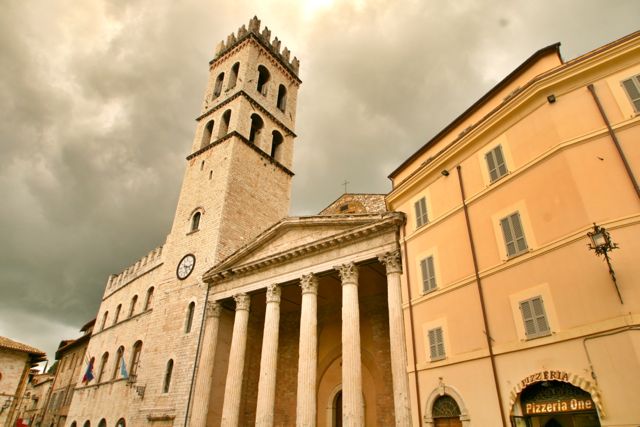 The temple of Minerva in assisi, Umbria

The weather was unsettled and our youngest daughter tired after a late night visit to the disco the evening beforehand. Consequently we stuck to the lower end of town, first taking in the central piazza with an impressive Roman temple, now converted to a church. 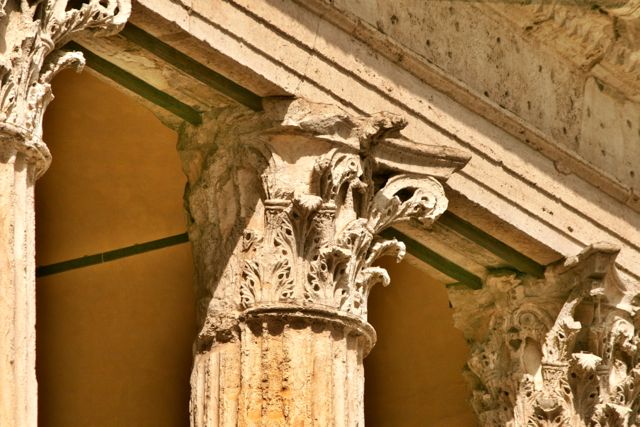 Columns on the Temple of Minerva, Assisi, Umbria

The temple / church features in Giotto’s frescoes that depict the life of St. Francis in the Basilica. Next stop was the Basilica itself. 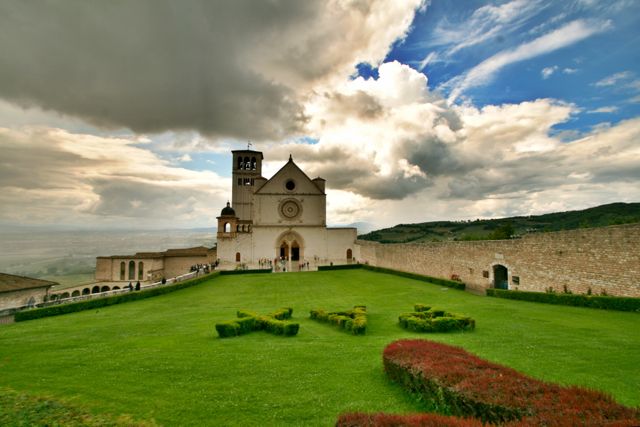 The Basilica of St Francis in Assisi, Umbria

We wandered through both the upper and lower churches, taking in some of the world’s most famous frescoes as we did so. 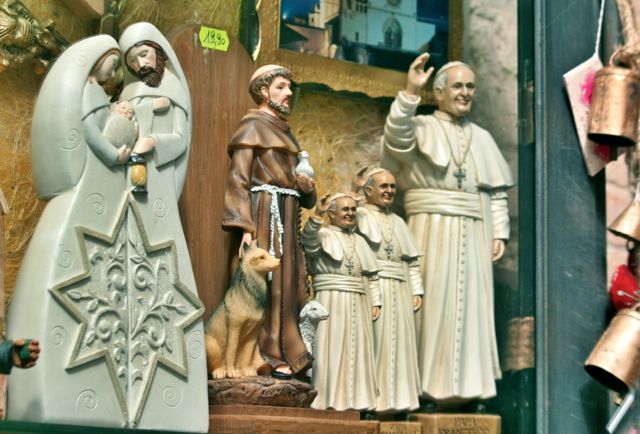 Before returning to our car past shops selling kitschy souvenirs  we stopped to admire the huge flying buttresses on the Basilica di Santa Chiara. 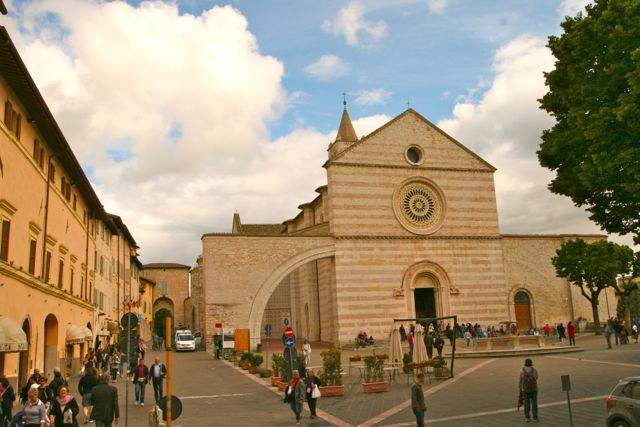