These photos are from my Etruscan Tomb Long Walk, a route from my ebook, Circular Walks On The Tuscany Umbria Border. This walk generally takes around four hours and takes in two abandoned castles, an abandoned villa, the Etruscan tomb and numerous views across the Umbrian landscape. 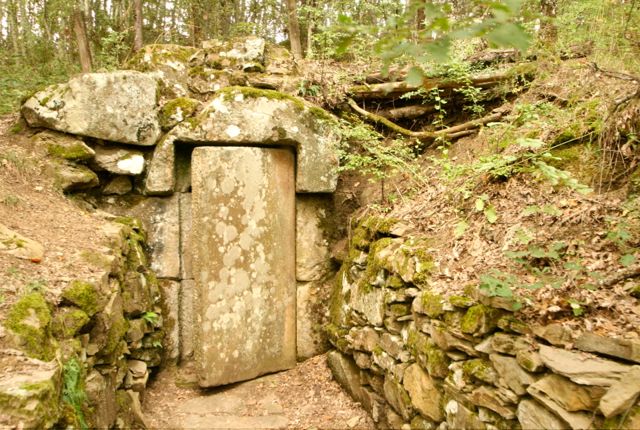 In spring you will be treated to beautiful wildflower displays including several varieties of orchid. The photos show lizard orchids, apparently they are very rare in the UK but relatively common here in the countryside of the Tuscany Umbria border. The focal point of the walk is the Tomba del Faggeto, a tomb hidden in the woods high on a hillside, the entrance to the tomb is a huge stone door that still opens and closes, clearly, whoever commissioned this tomb was of considerable importance. The tomb is at the highest point on the walk and makes a good spot for a shady picnic