Yesterday it was Good Friday and I decided to go to the town of Gubbio in Umbria for the evening procession. I had heard that it was quite spectacular and bonfires were lit in the streets. 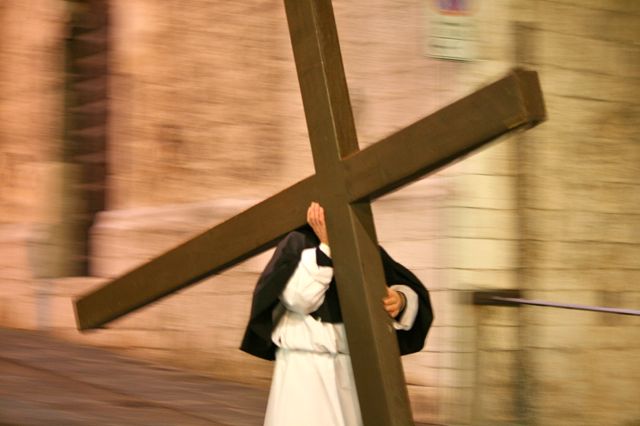 I arrived at around 8.30pm only to find that the procession had already set off around the town, a burning brazier in the centre of a piazza marked the spot where they had set off from. 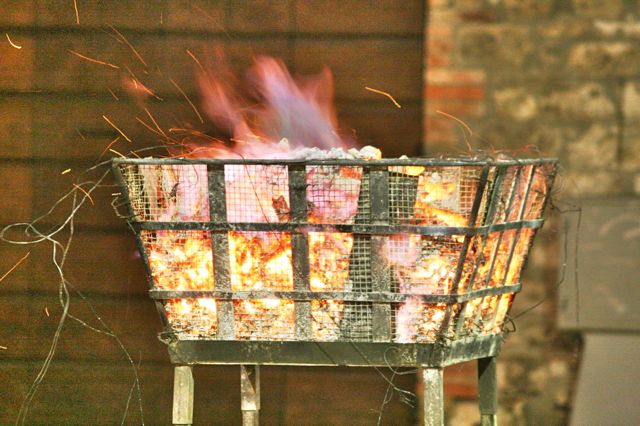 However, all was not lost, I was in a great position to photograph the robed figures at the head of the procession as they returned down via Consoli. 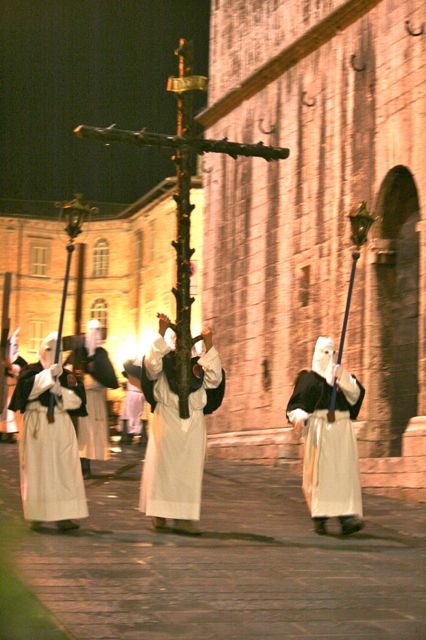 The robed figures’ effect was quite spooky, one was even carrying a skull, presumably that of of a dead saint, although they must have been dressing up like this for centuries in Gubbio, I couldn’t help thinking of the Ku Klux Klan. 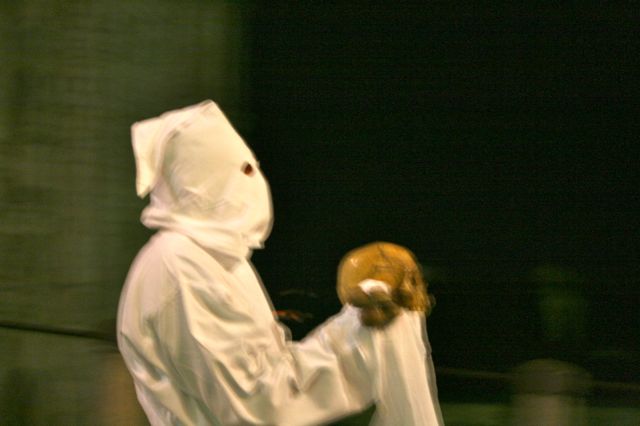 Once the procession had passed I joined the final stage towards the church at the bottom of the hill. 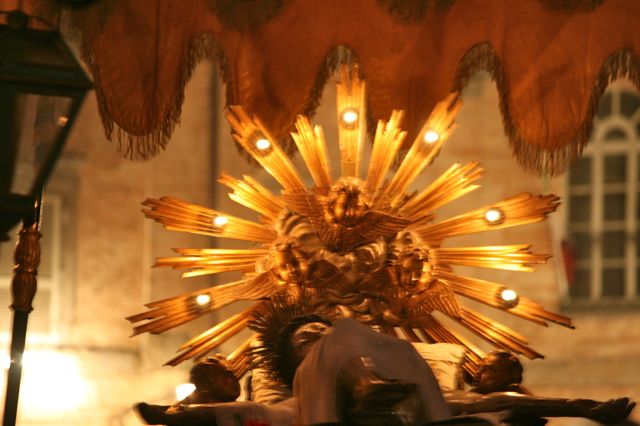 An effigy of the body of Christ, Gubbio, Umbria