Lizard Orchids On The Front Lawn

Several weeks ago I noticed the unmistakeable shape of orchid leaves on our front lawn at Ca’ di Bracco. I’ve been carefully mowing around them and waiting to see what they would turn into. 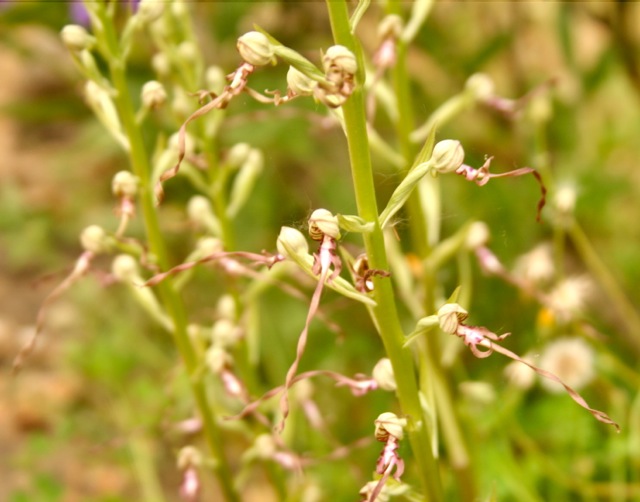 Lizard Orchids on the lawn at Ca di Bracco

A week ago, I guessed that they were probably going to be lizard orchids, so called because the flower looks like the body and tail of a lizard and in the last couple of days the first lizard-like flowers have appeared. I’ve seen plenty of lizard orchids whilst researching my book, Circular Walks On The Tuscany Umbria Border, but never seen so many in one place and they have never appeared on our lawn before.

Lizard-like flowers of the lizard orchid