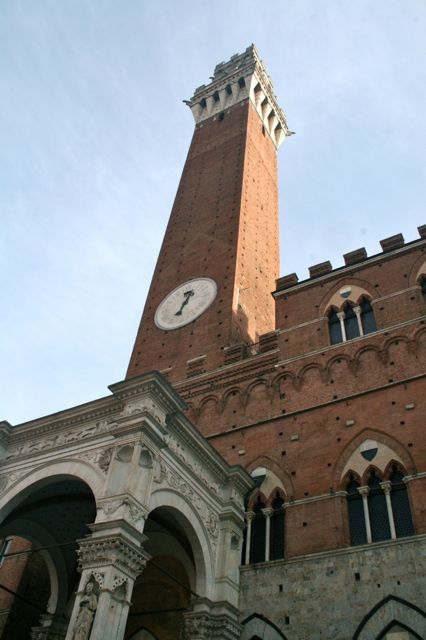 Only a few people are allowed up the tower at any one time to climb around 400 steps (I lost count) to the top. 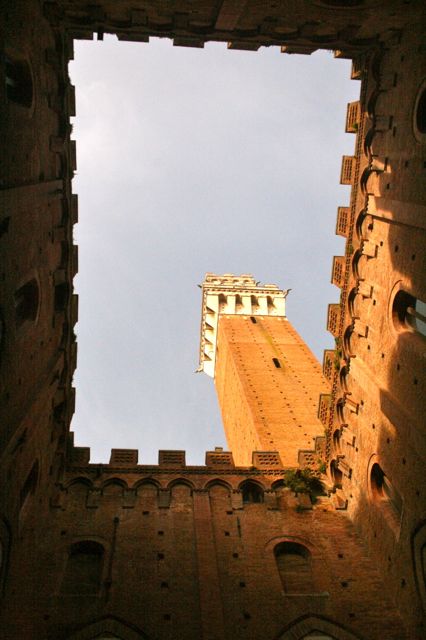 When the tourist season is in full flow you can wait for a long time before you get the chance to climb. I haven’t been up since the autumn of 2009 when these pictures were taken, if the queue isn’t too long  it’s a great thing to do with children and a very memorable way to spend half an hour – this was late October and not many people were around. 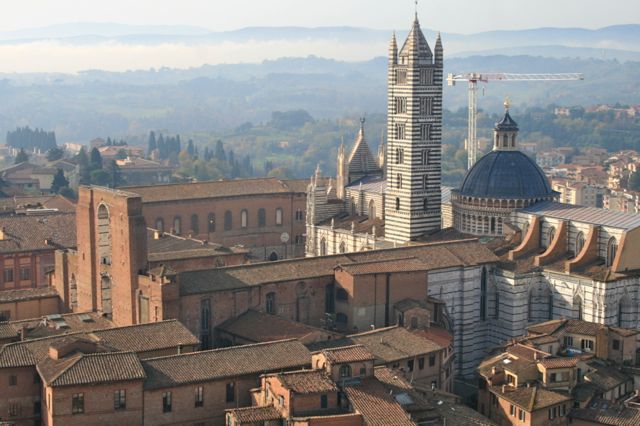 The Duomo viewed from the Torre del Mangia, Siena, Tuscany

If there is a long queue here visit the Museo dell’ Opera del Duomo and climb to the top of the unfinished facade of the Duomo extension for another spectacular aerial view of the city, albeit not quite as high up. 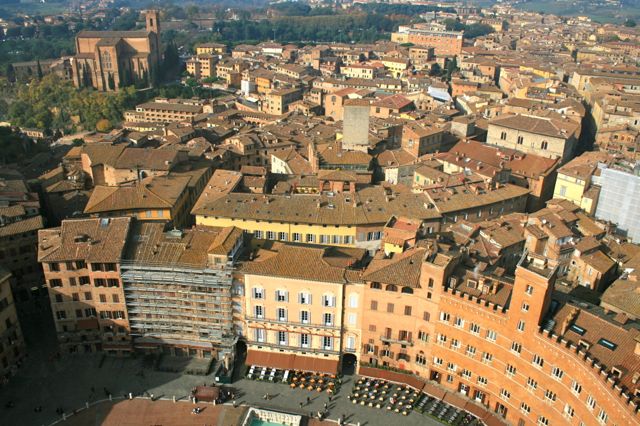